All Collections
FAQs and Troubleshooting
What is the Daily Prospect Start and how is it different than the Daily Sending Limit?

What is the Daily Prospect Start and how is it different than the Daily Sending Limit?

Learn how to control the number of prospects you communicate with and when using different techniques.

Written by Nick Steeves
Updated over a week ago

Let's say you have 1,000 prospects to contact, but you only want to reach out to 100 new prospects each day. Normally, you would manually add 100 prospects to your campaign each day but this is inefficient.

Daily Prospect Start automates this for you. Here's how: 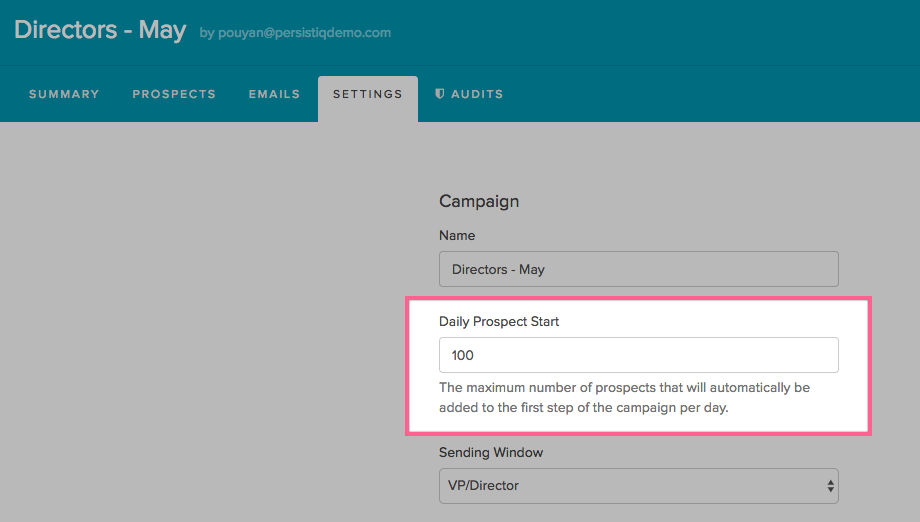 Control the total number of emails sent from your mailbox each day. This limit is at the mailbox level and resets each day.

Let's say you set a Daily Sending Limit of 300 emails but have 500 emails scheduled for the day. Only 300 will send and the remaining 200 will wait and automatically send the next day (or when your account allows sending).

Note: you can control the days and times that your emails send by using Sending Windows in your campaigns. 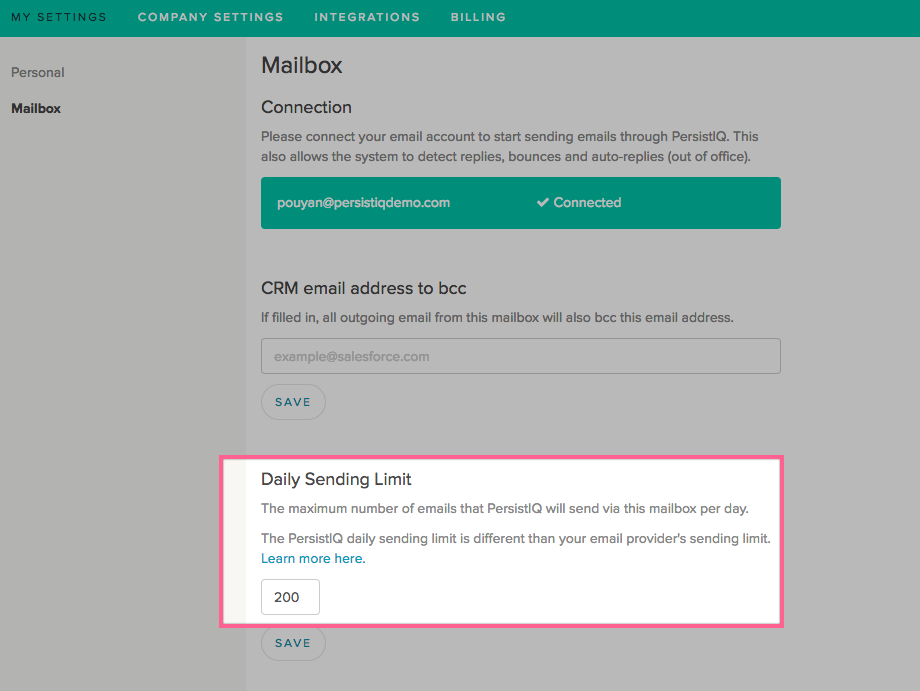